In the autumn of 2017 Back Cove launched our 800th yacht. It’s an impressive milestone that becomes even more significant when you consider all that it implies: 800 Downeast-style yachts, crafted by more than 200 of Maine’s best boatbuilders, championed by a network of more than 20 dealerships, in locations around the globe. Suddenly, our founding question of whether a simple and nautically sensible design could capture the heart of the boating public had a clear answer.

It was 2003, and the popularity of Downeast style was growing rapidly. Designs that had once only been popular in New England quickly were becoming the boats of choice all over the USA and in many export markets. Sabre dealers were selling all of the production that we could build and they wanted more. They asked Sabre to come up with a smaller less complicated Downeast style boat that could be made in larger volumes to satisfy the growing demand.

That spring, the Sabre Design Team met with six dealerships in Manchester, NH ( a common airport location for Southwest Airlines) to unveil the first ever Back Cove yacht. Differentiating Sabre and Back Cove would be reasonably simple; Back Cove was to be smaller, with a single diesel engine and a bow thruster, and interior fiberglass liners to simplify assembly. Sabre would remain larger, with twin-engine propulsion, stick built interiors, and their sizes would range from 38 to (eventually) 66 feet in length.The dealers fell in love with the concept, and the Back Cove 29 was born.

Then the issue of location. The company had previously purchased the assets and facilities of North End Composites, in Rockland, Maine, but the custom fiberglass and tooling business was on a bumpy road. The shop needed something to build on a consistent production-oriented basis that would smooth bumps in the road and support a strong workforce. The Back Cove range suited the facilities perfectly, and the plan was off and running. 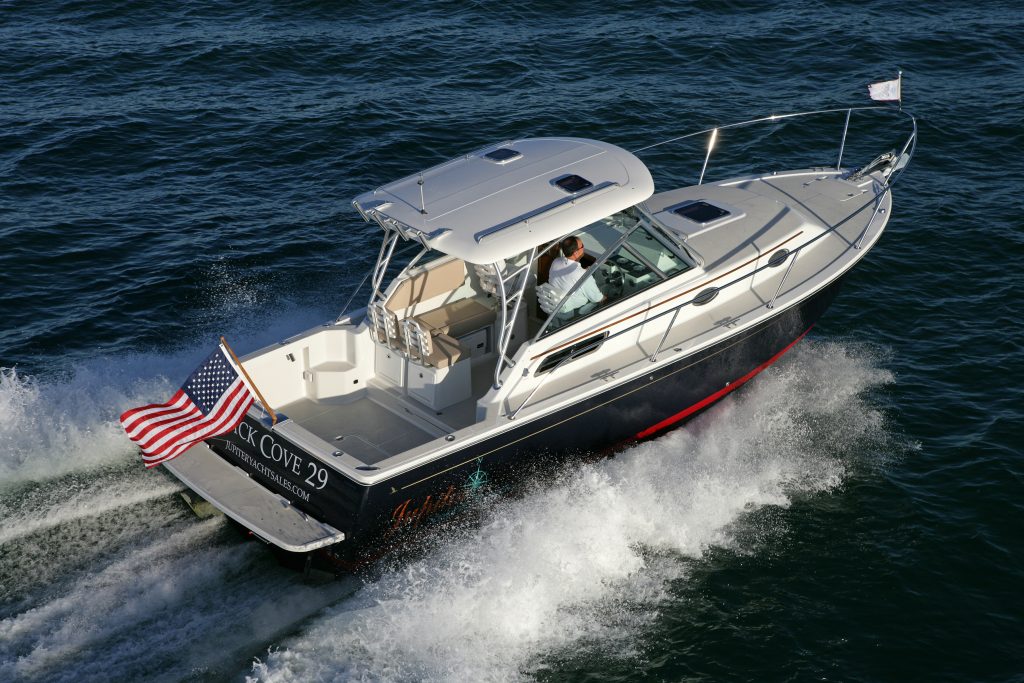 Building upon the success of the Back Cove 29, seven additional models were introduced over the next 14 years. The Back Cove 26 debuted in 2004, and the 33 followed two years later. In 2009 the Back Cove 37 expanded the lineup over the 35′ range, and we knew things were really cooking. By the time Back Cove celebrated our 10th birthday, the 33 had evolved to become the 34, and our design team had introduced two more models coming in at 30 and 41 feet in length. Since then Back Cove has introduced the Downeast 37, a second version of the original Back Cove 37, and most recently we introduced the new Back Cove 32. Back Cove yachts can be found in Japan, Australia, New Zealand, Central America, Bermuda, the Bahamas, the UK, France, Italy, Greece, and Norway.

Today, as hull 800 left our facilities, we resolved the question of whether a Downeast boat with a simple but consistent trade dress, built in the Maine tradition, could succeed in a market full of white plastic cruisers.

The answer is a resounding “yes.” 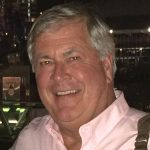