Back Cove Yachts completed production on our 1000th yacht late last month, marking the latest in an impressive string of milestones.

Though we haven’t yet reached our 20th birthday, the Back Cove team’s artistry has led to a worldwide reputation as a manufacturer of elegant and seaworthy vessels. Despite a challenging fifteen-month period dominated by a public health crisis, a reduced workforce, and ongoing supply-chain interruptions, we are thrilled to be celebrating several important milestones. 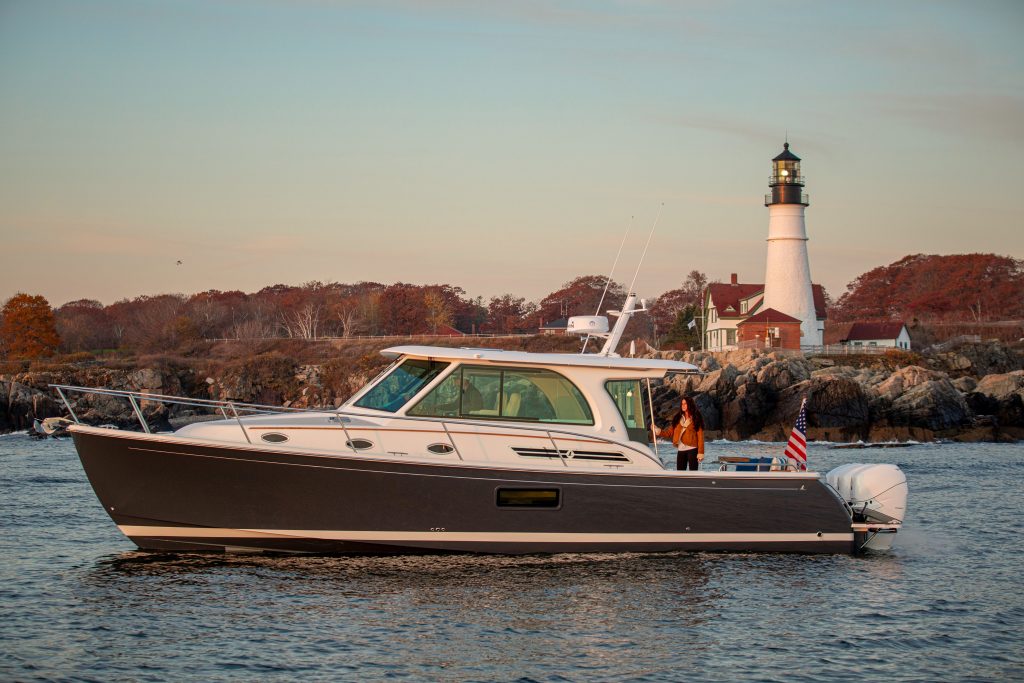 Back Cove 39O off Portland Maine

After an initial pause in production due to a temporary mandated closure of our facility, our production team took up the task of building the prototype Back Cove 39O. Launched in the autumn of 2020, the 39O took the boating market by storm and has already won recognition as the quietest and fastest Back Cove to date. Our latest model will make her official global debut at the upcoming Newport International Boat Show in September, having made several regional premieres at limited-access events through the winter.

Late in 2020, we reached another landmark as we completed the 200th Back Cove 37. Following an uninterrupted run of more than eleven years, this ultra-popular model was due for a refresh and, after careful consideration of owner feedback, the redesigned Back Cove 372 was announced in March of 2021. The new 372 maintains all the best-loved features of the classic Back Cove 37 while incorporating cutting-edge materials and components that were unavailable ten years ago. She is expected to make her public debut at the 2021 United States Powerboat Show in Annapolis.

Early 2021 brought the next benchmark, as we finished the 100th Back Cove 41. Another long-time favorite among our customer family, the ongoing success of our inboard line speaks to the quality craftsmanship and nautically sensible design that forms the foundation of our product line. Since her launch in 2014, the Back Cove 41 has earned popularity among long-range cruisers and weekenders alike, and no wonder. Her single-engine straight-shaft propulsion achieves a 26+ knot cruise using just 28.6 gallons of diesel an hour, with a resultant range of 330 nautical miles.

Finally, in May of 2021, we completed our 1000th overall build with hull #005 of the Back Cove 39O. In some respects, reaching 1000 boats denotes another kind of milestone for our relatively young company. Back Cove Yachts may have begun in 2003 as a “little sister” to long-established Sabre Yachts, but our award-winning lineup of elegant and user-friendly Downeast yachts has earned an expansive family of loyal customers. With 1000 completed yachts under our collective belts, it’s safe to say Back Cove has established a legacy of our own. 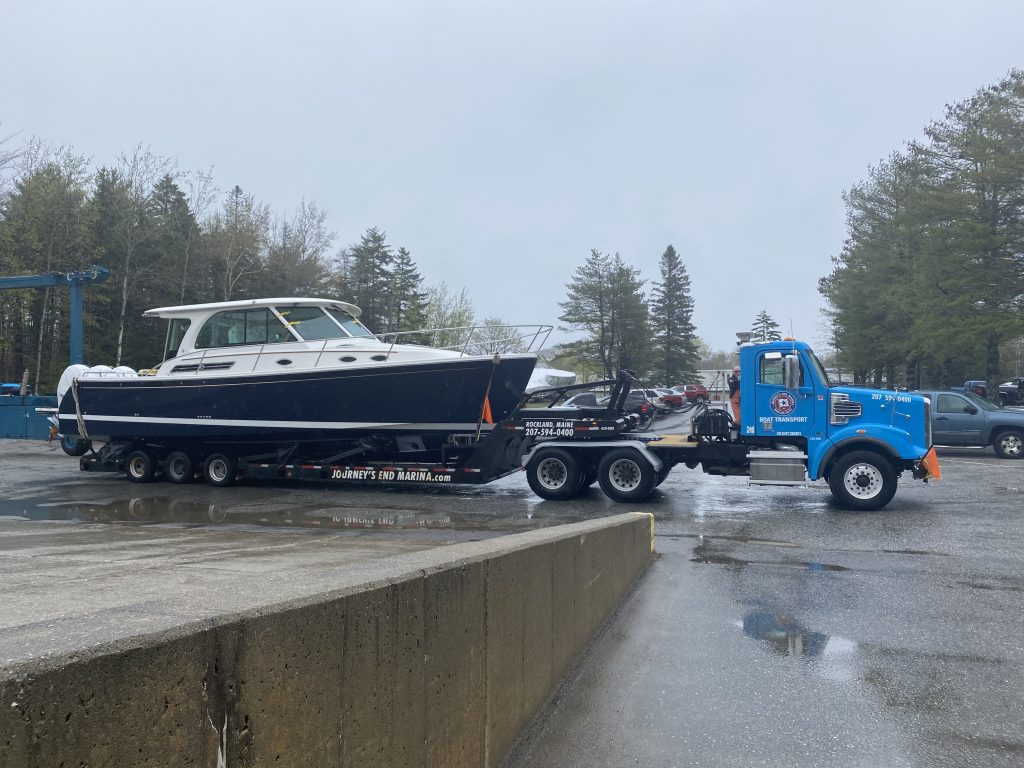 Lamination supervisor, Dean Hale, had the following to say about the recent accomplishments:

“It has been truly amazing to see the growth and evolution of the boats we build. Every new model that has come out has brought something new to the shop and continues to be exciting. Having been with the company for ten years, I think it is amazing to see the progress and growth that we have had in such a short time.” – Dean Hale

Today, we celebrate that Back Cove Yachts has become a big name in the small world of luxury boatbuilders. Alongside our sister-brand, Sabre Yachts, we have the honor of employing more than 300 Maine craftspeople, from carpenters and composite technicians to mechanics and electricians, whose passion and talent are directly responsible for our ongoing success. We would also like to take this opportunity to offer our sincerest thanks to our network of dealerships, vendor partners, customers, and friends. The support of the extended Back Cove family is, without a doubt, the magic ingredient in our recent achievements and will undoubtedly be key to our future accomplishments.