Celebrating the 200th Back Cove 37 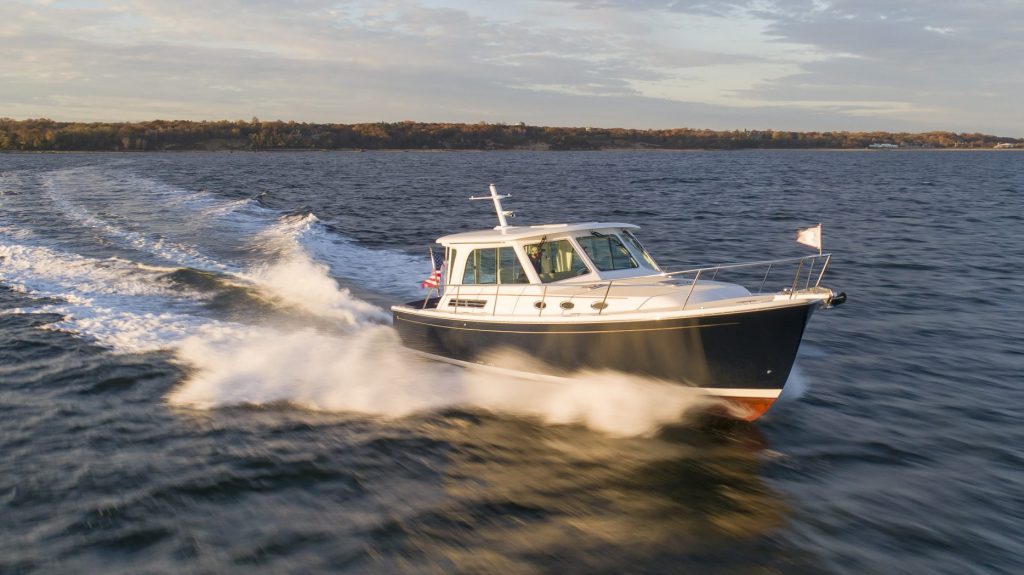 True to Back Cove’s founding principles, the new Back Cove 37 would feature a planing hull powered by a single inboard diesel, with operator-friendly features and simple but robust systems. But that’s not all. She would also offer two dedicated staterooms and a fully enclosed “sedan style” helm deck that could be fully opened to the cockpit via a revolutionary door system. If this doesn’t sound familiar, it should – these distinct features can be found, albeit in updated form, aboard the new Back Cove 39O outboard. In this way, you could call the Back Cove 37 “ahead of her time,” and with that forward-thinking aesthetic, she made a triumphant entrance into an otherwise troubled market.

The Back Cove 37 made her debut at the 2009 Miami International Boat Show, at the start of a profound recession, and the Back Cove Team was more than a little concerned about launching a new model at a time when many boatbuilders were struggling to “stay afloat.” Over the next ten months, Back Cove delivered nine more 37s into dealer inventory as the economy fought to correct itself.

Despite the many challenges that the boating industry faced during this troubled period, the Back Cove 37 seemed to rise above it all. She quickly made her way onto magazine covers and earned glowing reviews and ecstatic customers in every corner of the globe, literally. Hull #004 would make her way to Sydney, Australia, hull #005 to Monaco, and hull #006 found a home in San Diego, California. By the next Miami International Boat Show in February of 2010, all the stock boats were sold, the recession was beginning to lift, and the Back Cove 37 began year-two of a run that has gone uninterrupted for the last ten years.

Bentley Collins, Back Cove’s VP of Sales & Marketing, offered this funny sidebar about the original launch of the Back Cove 37:

“Our Head of Design, Kevin Burns, and I, picked up hull one to deliver her from the boatyard on the Miami River to the boat show at Sea Isle Marina. After getting underway for about a quarter of a mile, the engine stalled, and we couldn’t restart it. So, being enterprising “Mainahs,” we used the bow and stern thrusters to maneuver the boat back to the marina, moving sideways with bursts of power from the bow and then the stern thruster. After avoiding the commercial traffic on the river for a while, we realized that the main fuel valve had been closed off for shipping from Maine to Miami! It was certainly an interesting first run, for what would become our most enduring design.” – Bentley Collins

Eleven years later, late in the fall of 2020, the 200th Back Cove 37 was shipped into dealer inventory at Bay Marine’s Chicago Yachting Center. Back Cove’s Production Team acknowledged the achievement by signing the underside of a salon drawer as a memento to her future owners. Back Cove has also begun planning festivities in Waukegan, Illinois, to celebrate this milestone achievement. The event will be scheduled, and details released when weather and social health guidelines allow. 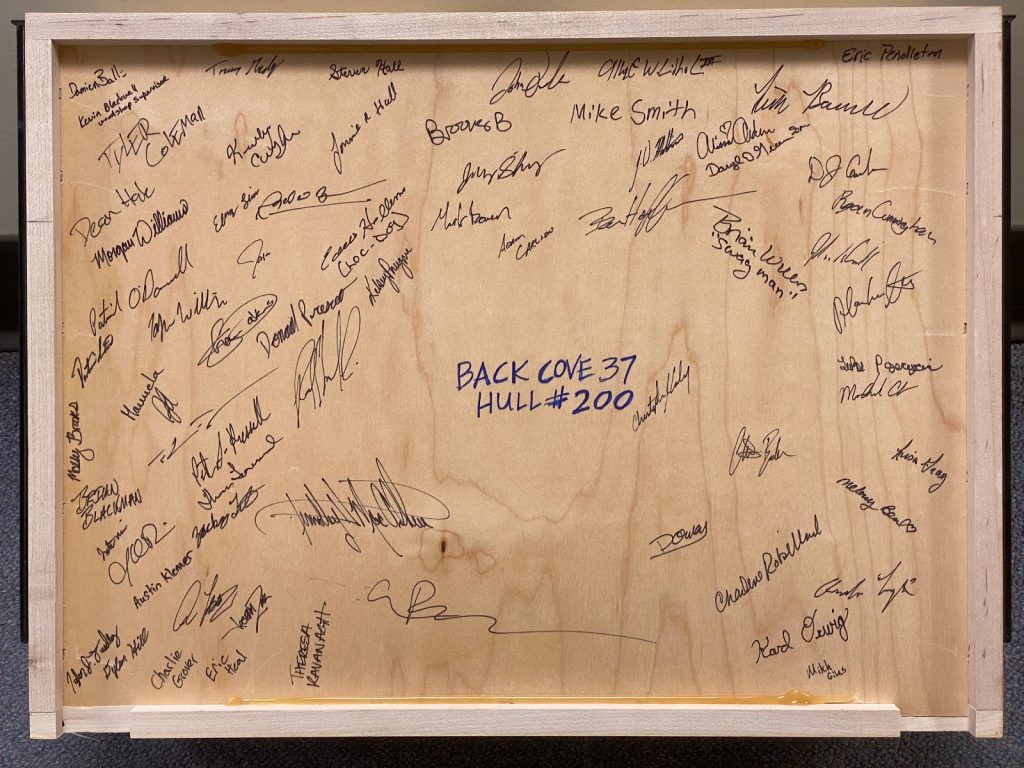 The Back Cove 37 shepherded a new generation of Back Cove yachts and has earned the love and respect of boaters the world over. Her legacy extends even into Back Cove’s new outboard models, and her practical and elegant design principles will continue to guide Back Cove Yachts in the years to come. This astounding success would not have been possible without the support of an extended family of associates, owners, dealerships, and friends, for which they have Back Cove’s deepest thanks.